About two years ago, I remember a very brief conversation I had with a young gal at one of the local horse events. She mentioned she was conditioning for an endurance ride. I told her, "wow! That's great-I could never do that!" The thought of being miles out on the trail was terrifying to me. My horse, Cowboy and I were still figuring each other out-little did I know!

The next obstacle I realized wasn't that I thought Cowboy couldn't do it-it was me, I was afraid of not being able to complete. As a real estate broker, my idea of exercise was walking around a house, maybe a bit of acreage and a couple of hours riding short distances or arena work. An hour of riding at a trot had my legs screaming for mercy!

My perspective changed this year with a serious illness with my mom (she's doing super great now!) followed closely by the sudden death of my father-This was the year to try this sport! The big, scary unknown was about to be met by my newly acquired life motto-life is short, live it! 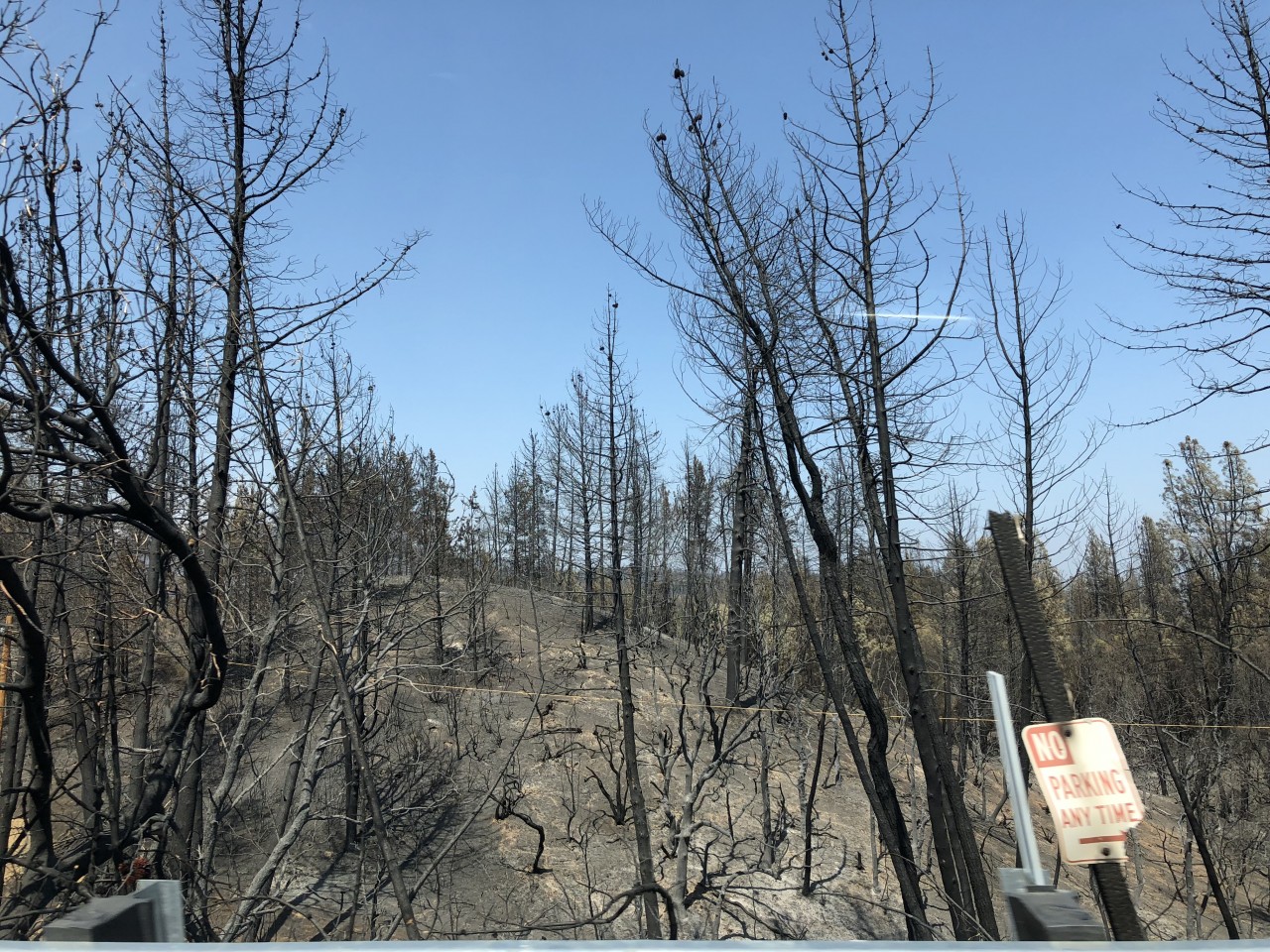 Although the entry had been mailed in at least a month before this event, my friend N and I were going back and forth about going due to the massive fires that had broken out shortly after mailing in our entries. Due to the smoke, conditioning rides had been pretty much non-existent. The Sunday before the ride we made the final decision to go. Cooler weather, beautiful coastal scenery and a few days away would be a great break, regardless if we ended up completing or not.

The ride camp was to open a day earlier so instead of Friday we would leave on Thursday. This was perfect as the CARR fire which had been on both sides of HWY 299 had limited hours of travel allowed. Wednesday was the mad rush to gather food and supplies and be ready to hit the road the next day. I was feeling quite accomplished with the rapid shopping I did, including stopping at the feed store to purchase a bale of grass hay, that is until I stopped at my final destination-the grocery store. I lifted the door on my truck's shell to put in the last of my groceries...oh dear God! Yes, I had purchased a lovely bale of grass hay. The problem? I received a phone call regarding an offer for a client and proceeded to drive away without said bale of hay! Luckily, between the two of us we had enough to make it through the weekend.

This was to be a weekend of many "firsts" with Cowboy. I had never trailered him longer than the two hours it took to bring him home and now, we were to embark on a 250 mile plus adventure! 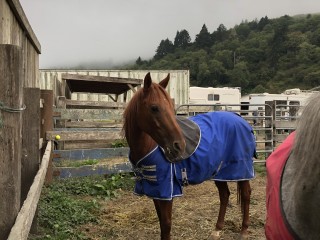 Not bad for putting the sheet on in the dark!

The travel Gods were happy, rather than the small window of time we originally thought we were allotted to make the escorted trip over Hwy 299-we found the road had no travel restrictions! We pulled out at exactly 12:25pm and our quest began. Our trip was smooth, save for a flashback memory to the movie Duel, those over 50 will get this-those under? It is a scary movie with a creepy truck driver that ended up behind the characters repeatedly. We were fortunate to only experience two instances with said truck driver. The mystery is how the heck he got behind us twice! In any event, both horses traveled beautifully and Cowboy was kind enough to pee in the trailer. Yes, exactly where I was to sleep-thanks buddy! After a few brief stops along the way we made it to ride camp at 7:47, a long and tiring drive-but Lady Z added the icing to the cake!

The kind volunteer at ride camp directed us to where we were to park. I hopped out of the truck, while N was getting direction to back in. It was at this moment that Lady Z, the gal in the next trailer, some 10 or more feet away, lost her mind. On and on she went, while in my head, my thoughts were, "wow, how close to the edge she is treading!" We have only snacked on food, have been on the road for the better part of 7 1/2 hours, horses aren't even out of the trailer and we were directed to park here! In my low blood sugar moment, I found this absolutely hysterical and of course laughed out loud! Off in a huff she went and we carried on with parking and getting our horses out of the trailer. They were overjoyed to see green grass in every direction and come to find out-joy of joys, there was one corral left which we quickly put our horses in, got them settled with hay and then proceeded to set up camp. By this time, it's dark, the temperatures were at least 40 degrees cooler than back in Paradise. Although I don't normally blanket Cowboy, it was a must with the temperature difference. I hadn't previously tried this sheet on Cowboy, but I somehow managed to get it on him correctly and he was kind enough to calmly stand there while I did. As a side note, the following evening while there was still daylight, it took twice as long to get the darn thing on! Go Figure!

I will mention food winners and losers for the weekend; in my wisdom I had way more losers this trip. Dinner ended up being sliced summer sausage, cheese and crackers-winner!! Quick, easy, and filling I definitely recommend. Right after our dinner, as N and I sat chatting, Lady Z made another appearance with a much appreciated and accepted apology. Day 1 was a success.

My name is Tammy Waller Aviles, I am a wife, mom of 5, grandmother to 7, real estate broker and equine photographer living in a beautiful Northern California mountain town of Magalia.

I am originally from Los Angeles but moved north in mid-2002. My grandfather had a horse named Pedro (You can get a glimpse of him in Cowboy's introduction here) and that is where my obsession with horses began and never faded!

With kids out of the house and living in an area where having a horse was feasible, at age 47 I took the leap and purchased my heart horse Cowboy.

It's been four years now and what a ride it has been! I hope you enjoy our adventures.

Get Updates Via Email